SELECT A CLINIC TO WHATSAPP

Get a quote now!

Send us a photo of your tattoo via WhatsApp or text for a free, instant quote. Click the WhatsApp logo or add 07936 056 250 to your contacts, send us your photo and we’ll get back to you as soon as possible.

How the treatment works

Lasers work by directing energy toward ink in the skin with highly concentrated coloured light beams. These laser beams break up ink particles into tiny fragments which are later cleared up by the body’s scavenging cells.

The laser emits a pulse of light that is preferentially absorbed into certain colours of ink. The light enters the skin at a speed that is too fast to heat the tissues (billionths of a second), instead, it produces a ‘shock wave’ effect and breaks up the ink particles into smaller pieces, the body then recognises these particles as something that shouldn’t be there and attacks it. The particles are then removed naturally via the body’s own immune system.

This process of fragmenting the ink particles requires numerous sessions depending on the depth of the ink. The procedure is bloodless and no incisions are made. The laser selectively targets the pigment of the tattoo without damaging the surrounding skin.

The treatment can start to work after just one session however you may not see this straight away as it takes 2-3 weeks for the ink to disperse naturally.

Before and after results

See more in our results gallery. 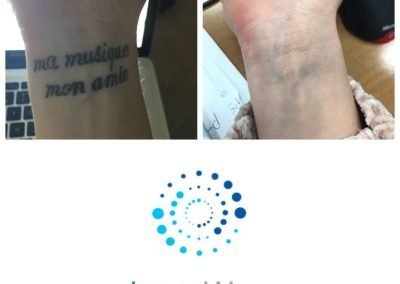 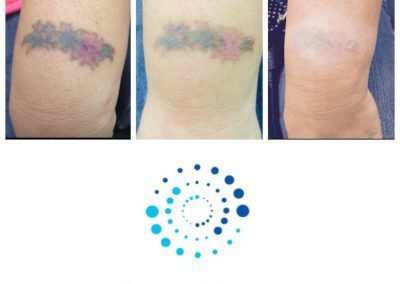 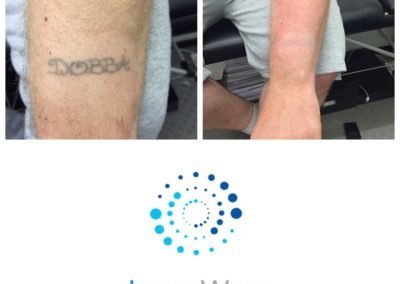 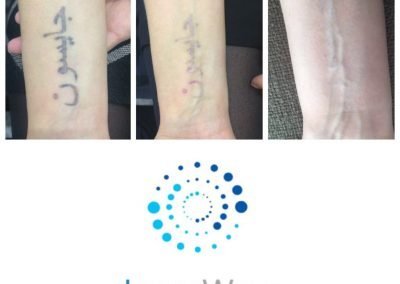 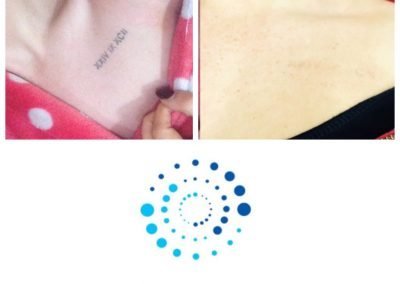 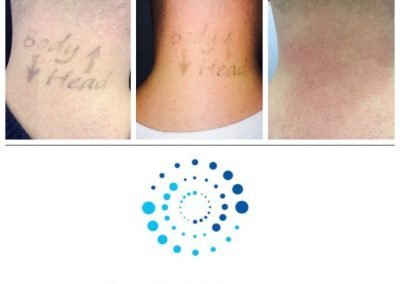 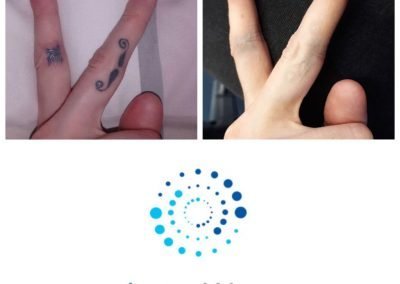 What our customers say

We regularly receive glowing reviews and thanks from customers whose tattoos we have removed or faded for cover-up. Here are just some of them.

I have had 3 treatments of tattoo removal so far and I must say the results are fantastic – highly recommended!

I recently completed a course of removal treatments, I’m loving the fact the tattoo is completely gone! I’ll be sure to recommend you to all friends and family.

I had 5 tattoo removal treatments and have to say I’m very impressed, i couldn’t of hoped for a more affordable way to get rid of that horrible tattoo!